Does anyone recognise this font?

Thank you in advance.

Hopefully there’s someone who knows the answer.

Apple has been using Vag Rounded for their keyboards.

You rock Brent! Thank you so much.

It has been brought to my attention the Vag Rounded was wrong. Apple has been recently been moving to the San Fransico font. You can tell the difference in the “R” 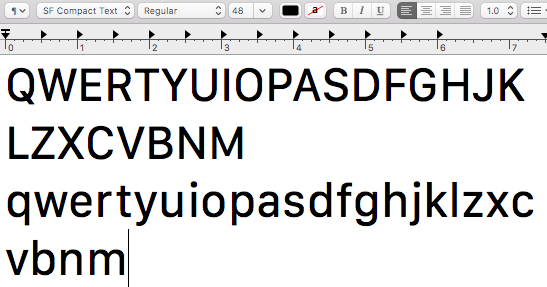 I just came back to this post to tell you it wasn’t the right one. I noticed a difference in the K. My first thought as I mentioned in my first post was San Fransisco. I will try it again. Thank you for coming back to me.